John lives in Fairfield, Iowa and has been painting the surrounding landscape since 1984.

Originally from the east coast, he fell in love with the dramatic weather of the Midwest. Simple, visual attraction is the central motivation and he enjoys finding an idea in an image, rather than finding an image for an idea.

His paintings represent particular locations—mostly in Jefferson and Van Buren county—against a backdrop of weather events from observation, memory and where necessary, imagination.

He has exhibited nationally and is in many public and private collections, including Iowa State University, John Deere and the Chicago Federal Reserve. 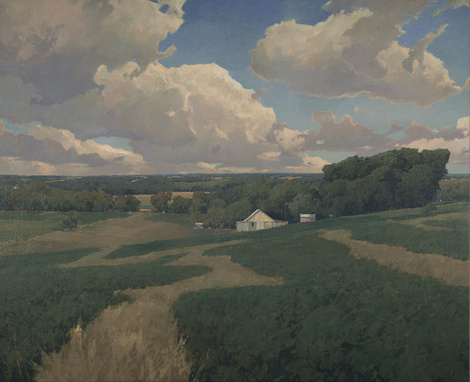